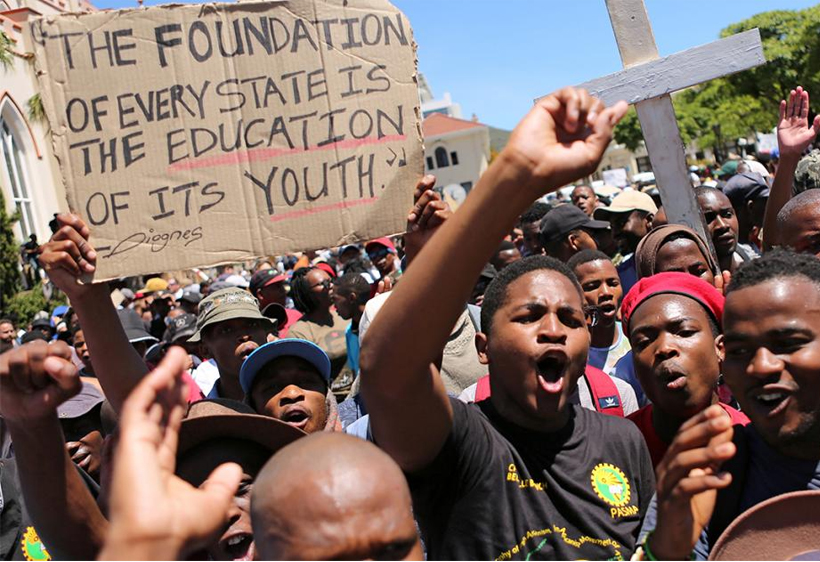 20 Years of Freedom, Human Rights and Democracy South Africa, The AU and The African Charter on Democracy, Elections and Governance

This report summarises proceedings of the two-day dialogue organised by Human Rights Institute of South Africa (HURISA), Southern Africa Trust (THE TRUST) and supported by the State of Union Coalition (SOTU). The main purpose of the dialogue was to popularise the SOTU (South African) 2013 Report and to bring together various stakeholders to deliberate on South Africa’s compliance with the African Charter on Democracy, Elections and Governance. This coincided with South Africa’s 20th Anniversary in a democratic dispensation, its entry into the African Union as well the holding of the nation’s 5th democratic elections. The theme of the dialogue focused on South Africa’s compliance with its obligations and commitments under the African Union. It was therefore important to assess the performance of South Africa in implementation of political, economic, social and cultural rights through the use of this AU Instrument as a state party.

The Mail and Guardian newspaper also collaborated with HURISA and the Trust and hosted a public meeting, human rights photo exhibition and cocktail event focused on the history of human rights in South Africa, with a particular focus on regulation of public gatherings and police brutality which was found to be persisting even in the new dispensation. This event was conducted at the Women’s Jail, at Constitution Hill. Invitations were also extended to State Departments, independent constitutional commissions “Chapter 9 Institutions” and pan-African institutions such as the African Peer Review Mechanism. The Department of International Relations and Cooperation tendered an apology but sent a solidarity message which was read by Mrs Laura Kganyaro of the Women’s National Coalition. The Department of Justice and Constitutional Development was represented by Mr. Ndaba John Makhubele. Chapter 9 Institutions were also represented, including the representatives from the Commission for Gender Equality, the South African Human Rights Commission and Independent Electoral Commission of South Africa. The Dialogue was co-facilitated by Advocate Sipho Mantula of HURISA, Julie Middleton and Marlon Zakeyo of the Trust and Ms Corlett Letlojane, Executive Director of HURISA also served as a resource person, presenting the report on South Africa’s Compliance with 14 Selected AU Instruments (State of the Union – 2013 South Africa Report).

Clement Phebe Mavungu was the General Rapporteur of the Dialogue and compiled this report. Other resource persons included Mr. Ndaba John Makhubele, Dr. Nomsa Masuku, Prof Frans Viljoen, Mr Sthembiso Madlala, Ms. Emilia Siwingwa, Ms Jeanne-Mari Retief, and Mr Grant Masterson. The dialogue provided thematic areas with a framework in which breakaway groups were constituted and the dialogue resolutions drafted. A moment of solidarity was observed by support of the BRING-BACK-OUR-GIRLS campaign. Footage of this activity is also captured, where South Africans expressed their heart felt pain and disappointment regarding the abduction of over 270 Nigerian school girls by Bhoko Haram.