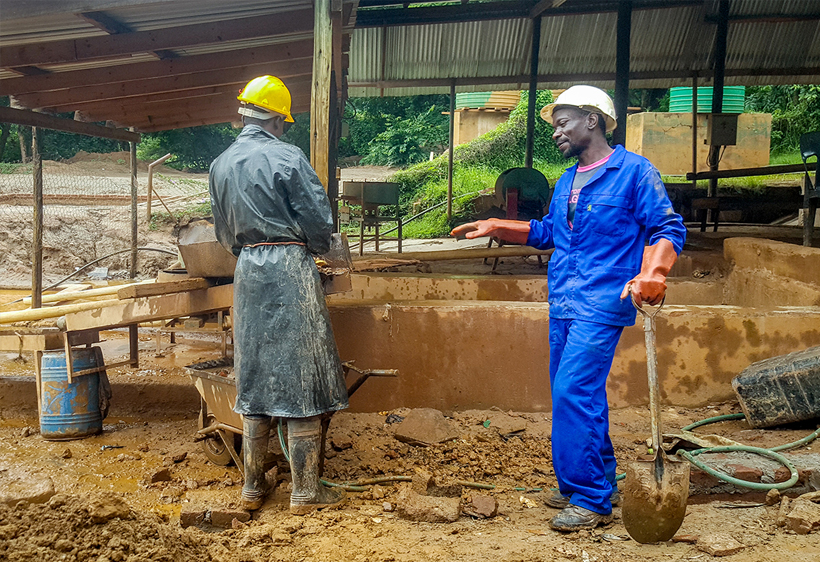 The mining industry has potential to resuscitate the Zimbabwean economy if the fluid and never-ending macro-economic, political, human rights and property rights factors and problems are comprehensively addressed by Government. The 2030 Vision which is anchored on mining2 is expected to contribute US$12 Billion by 20233 by tapping into the gold, platinum, diamond, coal, chrome, copper and other mineral reserves that Zimbabwe is endowed with. Following years of collapse and closure of large-medium scale companies, some of which are still sitting on valuable mineral resources, and the emergence and increase in the number of artisanal and small scale miners around the country, there is urgent need to find workable solutions, including political and economic ones to resuscitate the mining sector that combines the expertise of large scale companies with artisanal and small scale mining. Such a combination is desirable for a mining-based economy like Zimbabwe. On its part, Government has mostly been paying lip service to restoration, capitalisation and opening of closed mines for several years. This follows closure of many gold, asbestos, chrome and diamond mines around the country. In the gold sector, artisanal and small-scale miners are currently the largest contributors of gold4, the largest foreign currency earner in the country, some of whom are operating at closed gold mine sites including the famous old German mining tunnels in different parts of the country.

In the above context, the Zimbabwe Environmental Law Association (ZELA) gathered information on closed mines around the country to assess the state of play at the mine site, why and when the companies were closed. The organisation also took time to assess the levels of artisanal or small-scale mining operations taking place at closed mine sites. These include mines in Mberengwa, Zvishavane, Shurugwi, Mazowe, Bindura, Chinhoyi, Mutoko, Masvingo, Mvuma, Penhalonga and Shamva areas. In the data collection process WHO guidelines on COVID-19 were observed by the ZELA staff. Key Informant interviews were conducted with artisanal and small-scale miners and diggers, large scale mining company workers, former mine workers, managers. Additional information was drawn from literature review of online data sources. Consequently, this 5th edition of the Artisanal, Small- and Large-Scale Mining (ASLM) Situational Report focuses on both closed large-medium scale mining enterprises and emerging artisanal and small-scale miners.