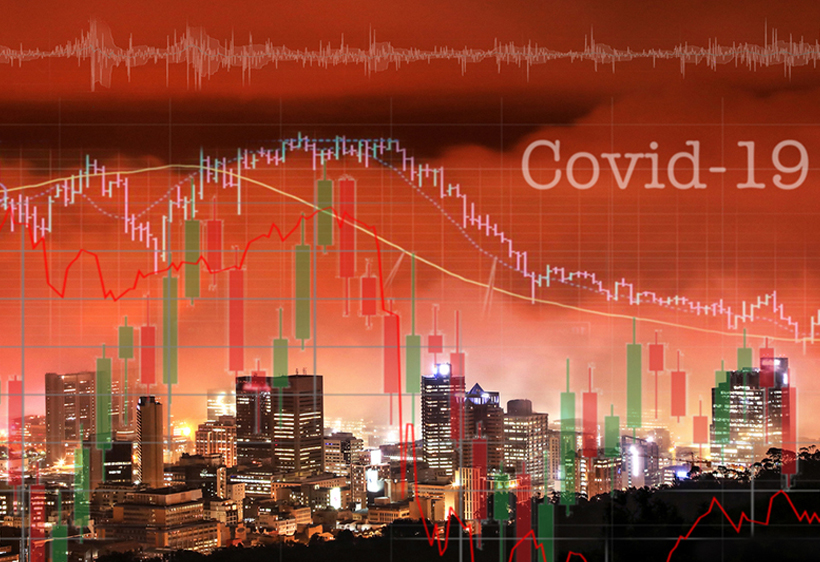 Covid-19: Time to Unleash the Power of International Co-Operation

The rapid spread of the dire human, social and economic impacts of the coronavirus crisis shows just how interconnected we are. International co-operation has become –literally– vital.

A health crisis has set off a global economic crisis, where shocks on the demand and supply sides are combining in an unprecedented scenario. Many developing countries are bracing themselves. While Europe is struggling to contain and cope with a spiralling number of cases and fatalities, the effects in countries where health systems are already weak, economies are highly dependent on global demand, and strict containment policies are more difficult to implement, could be even more disastrous.

Latin America and the Caribbean have already registered more than 7,100 cases (as of 25 March) and a growing number of fatal cases. Many countries across the region are scrambling to take measures such as border closures to contain the virus, while considering steps to mitigate the already deep economic impacts. These impacts will worsen in the next months. Two major sources of foreign exchange, remittances and tourism, are paralysed, while the decline in China’s demand for natural resources has significantly affected business prospects of commodities exporters. The slowdown risks accelerating the worrying rise of poverty in the region.

In Africa, the numbers are climbing with 2,128 cases and 56 reported deaths in 43 countries (as of 25 March). Analyses of the impact of the virus on Africa’s already stagnant growth are alarming and highlight its dependence on the performance of its economic partners. The impact of Covid-19 in China, Africa’s major trading partner, is already having ripple effects in the region. African oil exporting nations could lose as much as USD 65 billion in revenues as oil prices continue to fall and Africa could see its GDP growth rate cut in half, falling from 3.2% to about 2 % due in part to the disruption of global supply chains. Covid-19 could reduce total exports of crude oil in 2020 by between USD 14 and USD 19 billion in Nigeria alone. With a tax-to-GDP ratio of less than 6% – against an African average of 17.2% – financing of public policies in the health sector and beyond in Nigeria will become even more difficult. High-levels of debt in many countries will further reduce room for manoeuvre.

Developing Asian economies, with their strong linkages to the Chinese economy, are also experiencing the effects of Covid-19 through multiple channels. The size of the consumption shock in China could be bigger than the 3 percentage points decline of retails sales growth during the SARS outbreak in 2003. India’s decision to put its 1.3 billion residents in a 21-day lockdown will also have major consequences for the country and its neighbours. According to the Asian Development Bank, another major blow to many Asian and Pacific economies will come from a drop in tourism and business travel. International tourism receipts account for more than 40% of GDP in several Pacific Islands. Reduced manufacturing exports is also a major concern. In Bangladesh, for example, readymade garment exporters are seeing orders worth hundreds of millions of dollars cancelled or put on hold.

Developed countries are understandably, focusing on the short- and medium-term impacts at home, implementing a wide range of fiscal, healthcare and travel-related policies as well as economic measures to support households and businesses. The concerns of developing countries are not top of their agenda. If the recent G7 and G20 commitments for strong and coordinated measures are not translated into action, developing countries risk being the unintended casualties, with systemic repercussions for all of us; we must take collaborative and coordinated action now.

First, we need to mobilise public, private and philanthropic actors to respond to the health emergency and strengthen health and local production systems to face future crises. The immediate priority is to scale up financing to support health personnel with medical supplies and to help students cope with school closures. Over the medium term, the international community must work with developing countries to strengthen their health systems and expand universal social protection, including for the large majority of workers in the informal economy, building upon initiatives such as Universal Social Protection 2030.

Second, we need an ambitious and coordinated fiscal response. To help people and firms, we should encourage developing countries to provide income-support measures, such as unconditional cash transfers, and other forms of relief such as tax breaks, deferred interest payments or outright debt cancellations. Given limited fiscal space, developing countries will need international financial support. To support sustainable global recovery, developed and developing countries should join hands and establish a dedicated global investment fund to unlock productive transformation and jobs.

Third, a coordinated response to fight the virus will not be possible without an open and supportive multilateral system. We must avoid protectionism and facilitate the continuous flow of goods and services, including critical drugs and medical supplies.

A new approach to international co-operation for development could and should emerge. Sharing knowledge and resources is key. We need an ambitious set of coordinated actions focused on tackling the immediate needs of developing countries, but also on thinking long-term and globally.

The Marshall Plan worked because leadership was strong, and financing efforts to rebuild a continent were efficiently co-ordinated. Money was just part of the story. The Plan led to the establishment of the OECD – a place where governments jointly address shared concerns and exchange policy experiences. The Covid-19 crisis is an opportunity to reconfigure multilateral co-operation, and engage governments on an equal footing to create joint solutions. International co-operation systems must draw on lessons that are already emerging and prepare not for the next crisis but for one that is already under way, and whose consequences will be many times larger: the climate emergency.