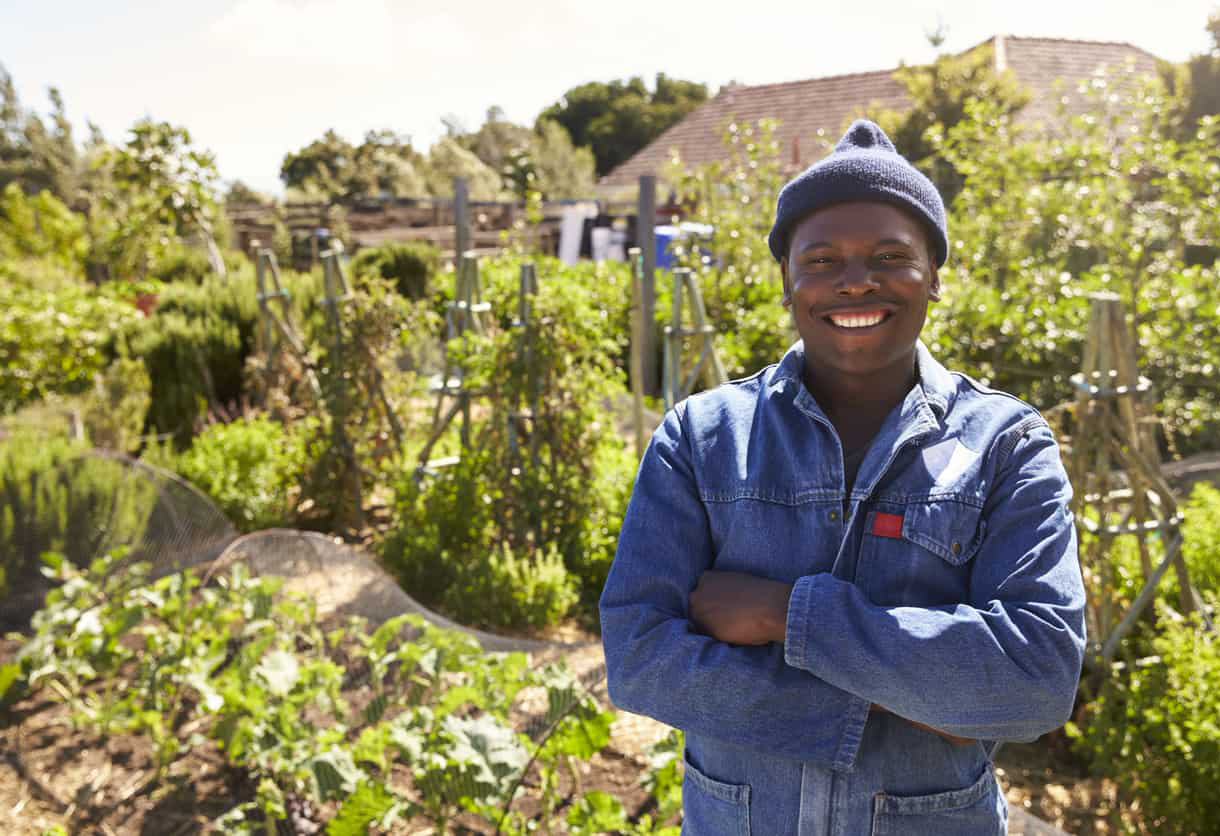 Food and Farming Challenges in the Eastern Cape

Inyanda affiliates in the Eastern Cape have in recent years been at the forefront of advancing agro-ecology and empowering small farmers in the production of food. A training and testing site in Berlin at the offices of Ilizwi Lafama, is also a food production site. Meanwhile, the number of community gardens have steadily increased over the past year, along with seedling nurseries and the number of people being trained in agro-ecology principles and techniques.

The Covid crisis and accompanying lockdown is proving to be a very challenging period for activists in the Eastern Cape.

“For women working as cooperatives it’s a challenge because normally their sites are a bit far from where they live and so because of lockdown that cannot go there. It’s better for people doing home gardens. At least in your home there is also no issue of social distancing,” says Comrade Nomonde Phindane.

Fortunately for those who are doing home gardens, the lockdown has given them the opportunity to work much harder in advancing their food security. Ilizwa, Makhukhanye and Rural Women’s Assembly have been motivating and keeping people informed through social media.

“We are very active online, as people are confined to their homes. Most of the stuff we are doing through Whatsapp groups. We’ve been exchanging ideas about food security, healthy and agro-ecology; and people have been sharing pictures of their home gardens and food crops, in addition to info and awareness about Covid-19,” says Cde Nomonde.

“We would like to distribute seeds but the shops where we normally source our seeds from are now closed. We would also need permits to do this distribution,” says Cde Nomonde.

While Inyanda movements in the Eastern Cape have engaged in many efforts and current campaigns around seed saving and community seed banks, it remains a big challenge particularly over the past year due to the drought as Comrade Eddy Parichi explains.

“Farmers have been losing a great deal of their traditional seeds due to drought since they have to repeat the plantings over and over due to crop failure. Those that manage to germinate become a target for rodents, guinea fowl and wild birds, which prey on these since nothing is left for them in the forests. This past year famers lost many seed varieties such as maize, groundnuts, cowpeas and several others,” says Cde Eddy.

In an urgent letter to Eastern Cape Premier Oscar Mabuyane in April, Inyanda pointed out the added crisis in food security as a result of the lockdown.

“The government restrictions on businesses also include the sale of seeds and seedlings, which are

a source of food. This leaves over 7 500 crop farmers the TCOE works without access to seeds and unable to embark on food production. This means the lockdown restrictions will be felt much longer after the lockdown is lifted, particularly by poor households,” the letter said.

“The restrictions on movement of people have prevented many small-scale farmers from accessing their agricultural plots. This results in great loss of food and a source of income,” the letter added.

The big tragedy now is still access for those who do not have home gardens.

“Unfortunately we have some of our women with cabbages that are rotting in their fields because they can’t go out to harvest. Even at our agro-ecology site in Berlin, which has been closed since lockdown, there are crops that will most likely rot away if we don’t harvest now,” says Cde Nomonde.

The other challenge activists have identified is accessing support and aid for small-scale farmers and those in need.

“With the office closed and staff unable to travel it’s been difficult to assist small-scale farmers who need to access recently announced aid that government is extending. Usually we would assist by downloading and printing out forms and assisting them to fill in, but now we can’t do any of that. We are assisting though with advice through social media and even phone calls. But for most of them it is difficult because of lack of access to download and print forms and then also fully understanding the criteria to qualify for aid,” says Cde Nomonde.

Hopefully as lockdown restrictions are gradually eased more practical support in this way can be extended to small-scale farmers in particular.

“In the meantime I have also spoken to an official of the Department of Agriculture to call on them to send extension officers to the area. They have extension officers who would regularly visit the area to inspect and do all sorts of local outreach with small-scale farmers. They can send these officers around with for example seeds for the people and then also assist them with these forms,” Cde Nomonde added.