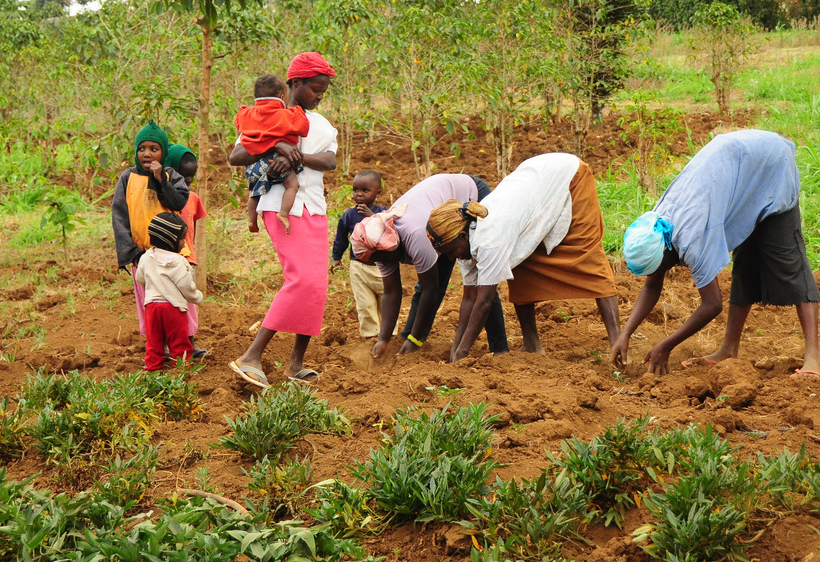 SADC region. Across the world, evidence suggests that trade is an engine of growth (US Government Fact Sheet 2008). Agriculture on the other hand remains central to poverty reduction in the region. It provides a livelihood, including subsistence, employment and income particularly for the majority of the people living in rural areas. According to the SADC Statistical Year Book (2015), both trade and agriculture contributed approximately 20 percent of the regions’ Gross Domestic Product in that same year.

Women play a key role in trade and agriculture in SADC, yet they face enormous challenges that hinder their full potential as farmers and traders. In trade, women make a major contribution through their involvement in the production and sale of tradeable goods and as managers and owners of firms involved in trade. They feature significantly in informal trade, selling both agricultural commodities that they produce, as well as other merchandise which they buy from other countries to trade mainly in their home countries. It is estimated that the value of trade conducted by women in the SADC region is approximately US$20 billion annually (USAID 2016). It is also estimated that 70 percent of Informal Cross Border Traders (ICBTs) in the region are women, and that 30-40 percent of intra-SADC trade comes from informal cross border trade (UN Women 2010). According to the SADC Food Nutrition Security Strategy, women also play a critical role in ensuring food and nutrition security. The Strategy indicates that in SADC, women contribute more than 60 percent to total food production, provide the largest labour force in the agricultural sector and in some Member States, perform more than 70 percent of agriculture work.