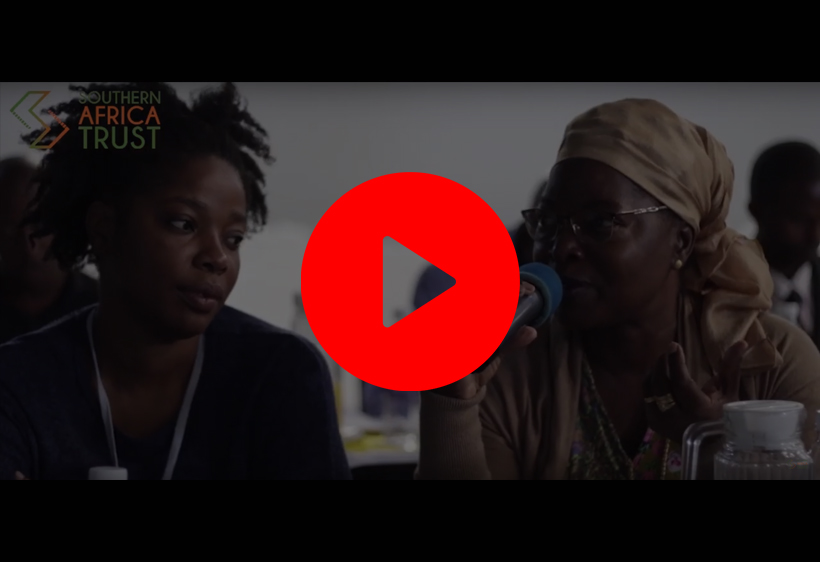 Preparing for Disasters and Ensuring Real Recovery in the SADC Region

The state of disaster preparedness and climate resilience in the southern Africa region has come under the spotlight as the world commemorates the first anniversary of the Cyclones Idai and Kenneth. These two natural disasters left immeasurable damage in 7 of the SADC countries, with over 2 000 lives lost, hundreds of citizens left in disarray and millions of dollars' worth of damage to homes and infrastructure. While the aftermath of these massive cyclones resulted in unprecedented humanitarian disaster in the region, the stark reality of the state of unpreparedness for disasters was exposed. This summoned the need for a collective and proactive approach to disaster preparation by government, rescue organisations and civil society.

In response to this, the Southern Africa Trust alongside six other organisations facilitated a dialogue that gathered citizens of affected communities in Mozambique, Zimbabwe and Zambia, civil society representatives and local government to reflect and contribute to a solution. The fellow organisations are the Centre of African Philanthropy and Social Investment (CAPSI), Amnesty International, National Association of Non-Governmental Organisations (NANGO), Action Aid Mozambique, Southern Africa Youth Forum (SAYOF), and SADC Council of Non-Governmental Organisations (SADC-NGO).

Taking place from 2 to 4 March 2020 in Mutare, Zimbabwe, this gathering highlighted how citizens and participants have experienced existing regional Disaster Recovery Models. The report and recommendations from this dialogue will be submitted to the SADC Disaster Preparedness Technical Working Group via organisational co-members for the purposes of contributing to upcoming Disaster Preparedness Framework policy discussions within the region.